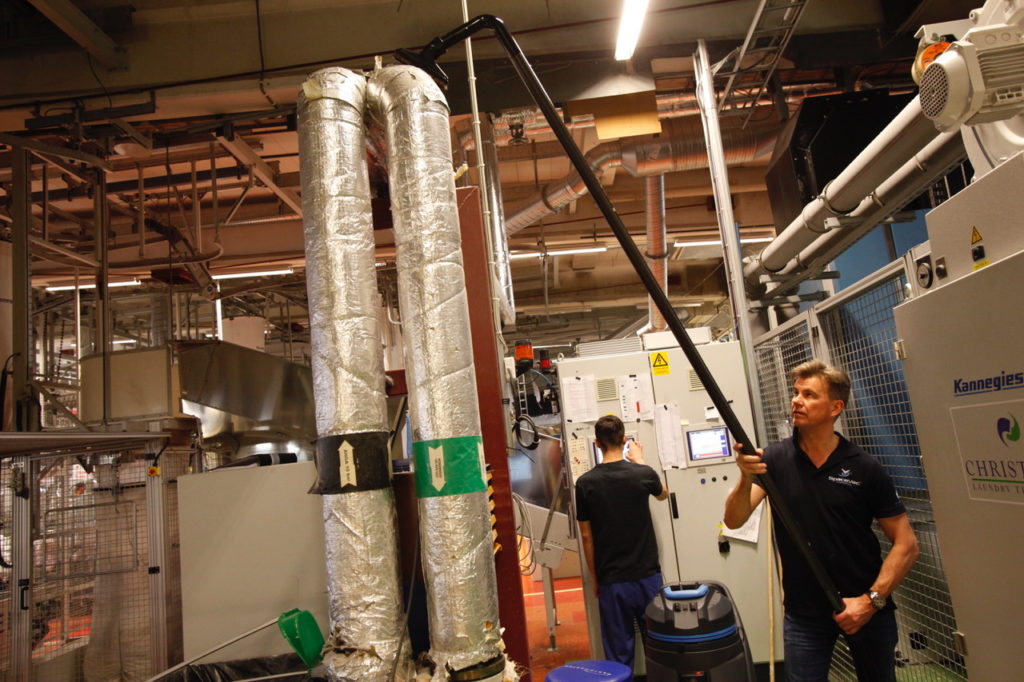 To conclude this week of blogs spotlighting SpaceVac and its place in the Textiles and Laundry industries, we take a look at a great case study from this industrial laundry in Australia and the benefits the team onsite saw from the introduction of SpaceVac to their facility…

Our range of cleaning systems proved to be a popular choice for the team onsite at Spotless in Darra, Australia who have quickly seen the benefits of introducing SpaceVac on their premises.

Recognising the imperative to keep the production facility free of LINT, the management at Darra undertook a program of upgrades onsite. This took the form of the installation of 14 Lint blow-down fans, which worked to keep lint and dust blowing down from higher levels.

While this helped to keep upper levels free of the material, the remainder of the plant still had to be completely cleaned on a twice-yearly basis by a specialist cleaning contractor who still had to come and remove the built up lint.

All of this presented a number of problems for the team onsite including the health and safety risks outlined elsewhere in this document . In addition the methodology was proving to be extremely expensive – with the 14 fans installed totalling nearly $50,000 worth of investment onsite. Further the twice yearly cleans were adding nearly another $30,000 per year in cleaning fees as well as drastically affecting production at peak times through the year. 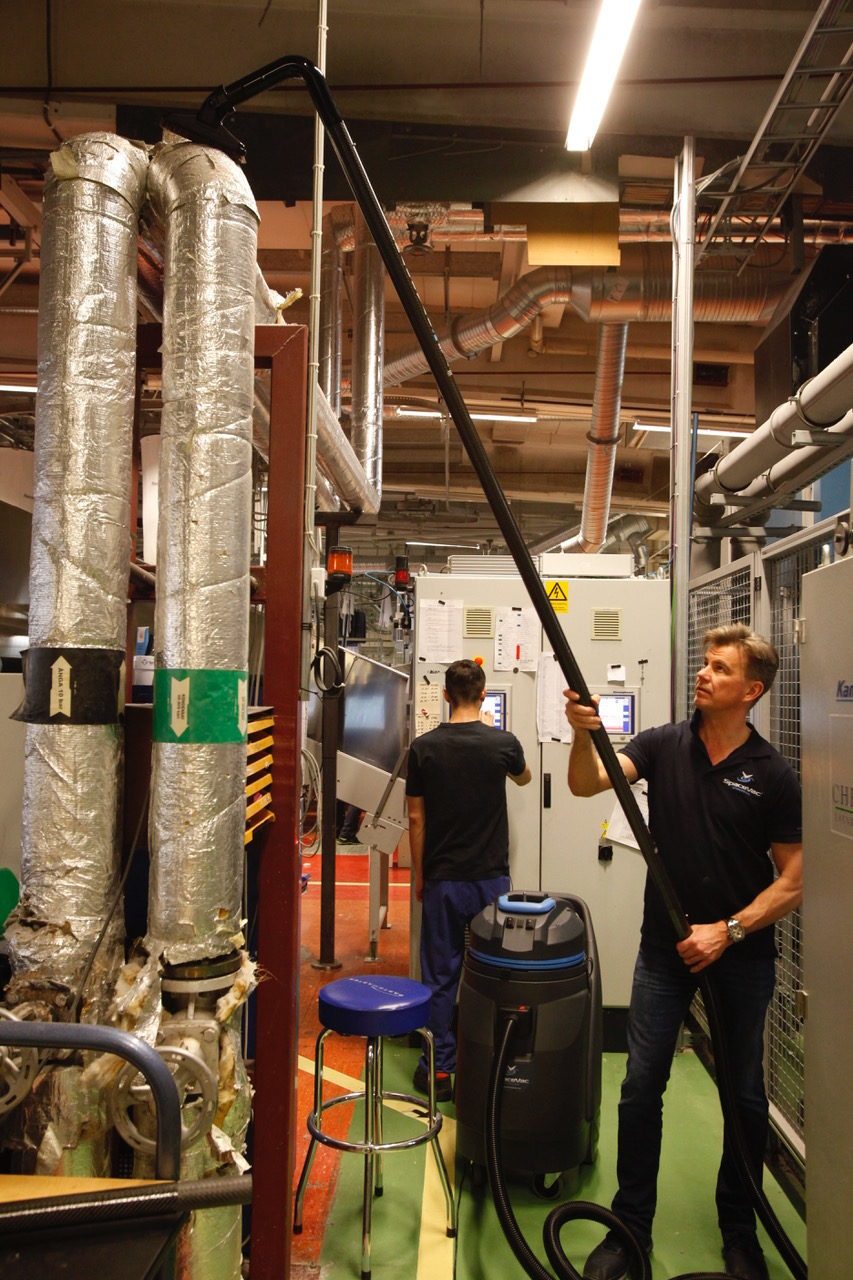 The simple addition of SpaceVac onsite made a number of huge differences to the team.

Firstly the general cleanliness standards onsite improved dramatically with all materials now being removed on a regular basis rather than sitting for prolonged periods of time – thus improving the health of workers and reducing the risk of explosion.

In addition, the system meant that the plant no longer needed to utilise the expensive fans full time – meaning no more maintenance or power costs either.

Be sure to contact us to discuss your ATEX cleaning requirements with us in detail today!

Can’t Find What You’re Looking For?